The Kukangku Foundation (My Loris) is holding a special campaign to protect lorises from the threat of extinction due to hunting, trading and forestry maintenance activities.

Kukangku Foundation was formed to counter the increase of activities in the loris trade. The foundation and its supporters believe it is necessary to initiate a movement that invites everyone to participate in the effort to save this animal.

Every year, as many as 2,000 lorises are hunted and then sold as pets. Many slow lorises actually ended up dead in the hands of hunters, traders and handlers. This criminal enterprise is not just limited to the taking of lorises from their habitats, but it is a painful and cruel process.

Their teeth are forcefully shaved to marginalize the bite of these slow lorises. The lorises are defenceless as they are unable to protect themselves from predators, and their lives are dramatically shortened due to illnesses and mouth infections. Kukangku stated that this practice will continue on as long as the interest in loris trade remains and the criminals benefit from the illegal transactions in which they run. 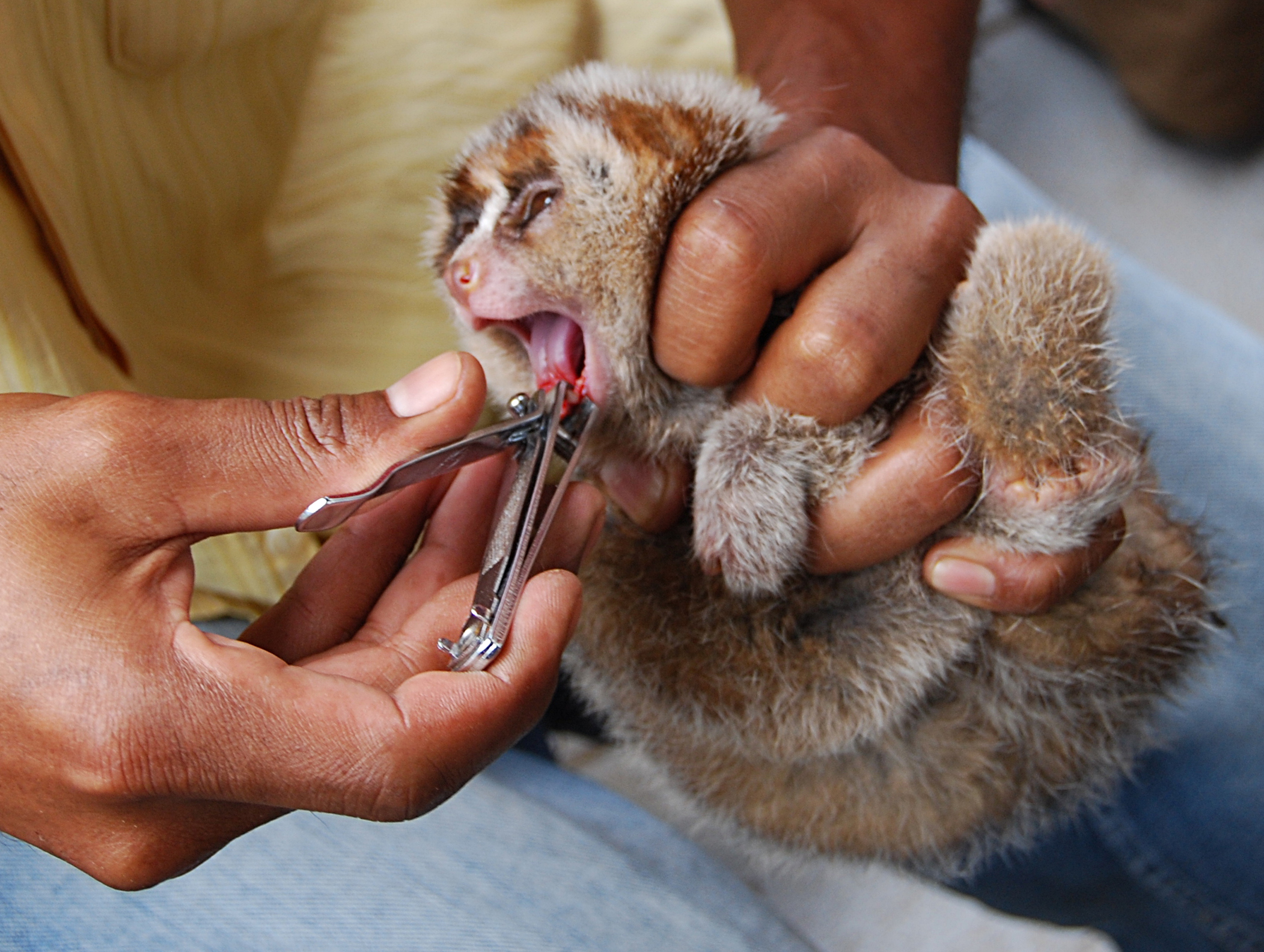 On 3 February 2014, Kukangku officially stood as an online platform. Their goal, specifically, is to decrease the number of lorises owned as pets. They hope to reduce the current numbers in the trade, and eventually suppress and stop it altogether.

To achieve this goal, Kukangku is currently providing extensive education and awareness to the community to play an active role in the rescue, reporting the latest information related to facts about lorises and stop the slow loris trade by lowering the public’s interest to keep them as pets. Kukangku also works together with the International Animal Rescue (IAR) Indonesia Foundation.

All donations collected will be handed over to the IAR Indonesia Foundation to assist the livestock conservation program which includes rescue, rehabilitation, relief and monitoring. The treatment for one loris costs at least Rp.10 million per year. This amount will be much higher if the loris requires medical treatment such as surgery or returned to its natural habitat. Since 2008, IAR Indonesia has released about 300 lorises to its habitat, and this program will continue with your support.

For more information regarding this campaign, please visit http://www.kukangku.org/, call the Kukangku Team at 0812-1908-8803 or send an email to admin@kukangku.id.